My mind is shot.  I just finished summer school today and I really felt like turning my brain off, which I did after a terrible bout of fighting with a terrible C++ project.

I didn't have anything to write about, but thanks to the trap that is the YouTube sidebar I rediscovered the fake newspaper/news show The Onion.  I got a good laugh and thought I'd share it with you.

Below is a picture of very well done, subtle humor.  The news ticker has nothing to do with what the dude is talking about, and it's perfect random crap which makes for well timed humor.  Below that is the video it actually came from, which makes fun of Kickstarter, an awesome website which helps sincere, but generally under-qualified people to live their dream of some sort (read - I'll be on there soon enough :).  But it's also used to help fund amazing stuff like the return of Five Iron Frenzy and a return to form for Tim Schafer and Rob Gilbert! 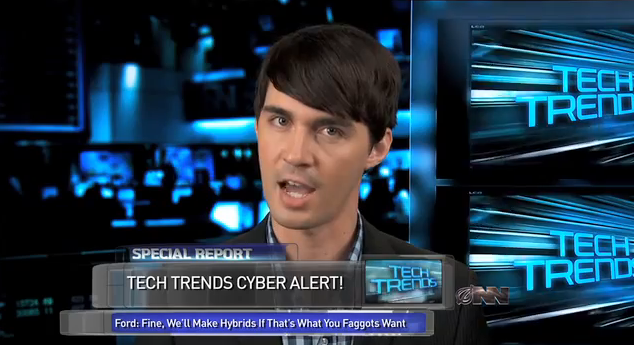