The Man From Nowhere - A Short Review 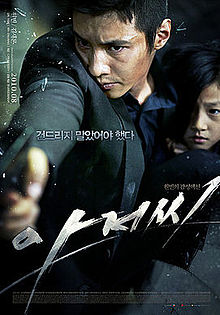 The Man From Nowhere is a Korean action/drama film.  Which I didn't realize until I saw writing.  I thought it was Cantonese, not Mandarin because I actually took a semester of Mandarin and know what it sounds like.  And yes the character names should have been a give away, but I wasn't focusing on that.  I was wrong.  And I'm glad I was, because my biggest problem with Chinese films is that they're pretty goofy.  Funny is fine, as this film was at certain parts, but when people are mutilating each other with hatchets and blowing holes in each other the last thing you need is slapstick humor.  I think this was the first Korean movie I've watched and it was excellent.

Here are some bullet points as to why I enjoyed this movie:


I highly recommend this movie to anyone who doesn't mind reading subtitles.  Especially since you can watch it free on Hulu.
Posted by Unknown at 3:56 PM