Late to the Party: The Witcher 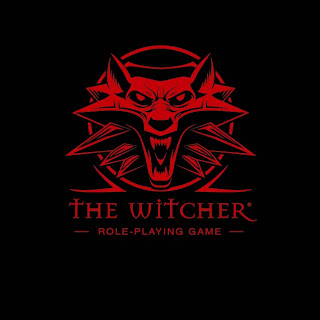 Okay, I wasn't actually late to the party in playing The Witcher.  I got it because I needed something to fill my time while I waited for Dragon Age:  Origins to come out.  I played it and I remember liking it but once DA:O hit, The Witcher was forgotten.

Forgotten at least until the recent Steam sale for The Witcher 2:  Assassin of Kings.  Now I didn't pick it up because I haven't beaten the first game.  I'm a little more responsible with my money nowadays.  But I decided to play the first one and get to the sequel and see why everyone was saying what an amazing game it is.

So I restarted The Witcher and the first thing I noticed was how clunky it is.  The cutscenes into gameplay are jarring and the scenario always starts before the fade in is even complete.  Animations are pretty poor, but that's to be expected, especially on the Aurora engine.  Also, animations shouldn't dictate the quality of a game.  But starting a fight should be as simple as pressing the attack button.  Instead Geralt waits for a few seconds and then as he's being attacked he'll lazily pull out his sword.  Then he'll get into a fighting stance.  Then, finally, he's ready to go.  This has caused me many deaths that could easily be avoided.  This is a big gameplay issue.  However, it's more a frustration than anything else.

The big thing with The Witcher is the atmosphere of the story.  I have no idea what's going on, and since Geralt has amnesia I guess this is intentional on the storytellers' parts (I hope it is).  But it's engrossing and I just want to know more about the world that I'm in.  I know it's based on a book series but since I haven't read those (yet) I am truly lost.  I can't wait to play this game and everytime I have to stop (for work, eating, bathroom breaks) it breaks my heart.

But one thing about this game is really bizarre.  If a female NPC has a name you can sleep with her.  At least so far.  I'm up to the beginning of Chapter II and the only woman that hasn't thrown herself at me is Shani, but if I remember right from the first time I played this game, that's pretty close to happening.  If I remember right, even a dryad wants what only Geralt can give her.  That's really weird and perhaps a little misogynistic.  So, if you're immature, this game is fantastic for that alone.  If you are very young, please stay away from this game until the site of boobies doesn't make you giggle or feel uncomfortable.  Or if you just know how to say "no."
Posted by Unknown at 6:49 PM