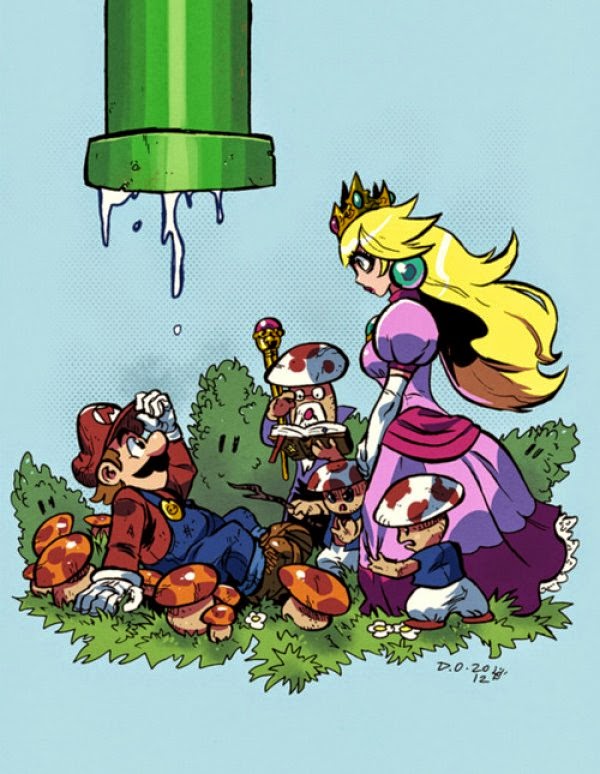 Just because pictures are awesome and I mentioned Mario earlier on, here's a really cool picture.  I don't know the source (and I saved it so long ago I don't remember where I got it) so if anyone knows the creator send me a line so I can give proper credit.
Posted by Ben Floyd at 6:03 PM